Back from a fantastic family trip to the Scoresby Fjord. 15 days of amazing weather, a super comfortable boat and a stellar crew. Sublime icebergs, granit pinnacles, Colorado-like red canyons , green pastures, awesome glaciers… Photos can only give a very partial idea of the infinite beauty of those places. 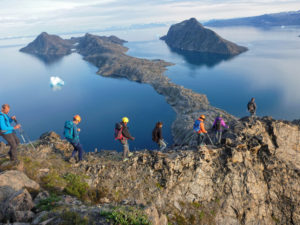 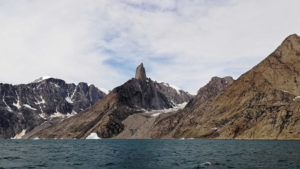 KAMAK started the summer season in Iceland, in the fabulous region of the Northwestern fjords and around the Hornstrandir peninsula. Trekking, kayaking, hot springs…an ideal mix of exploration and relaxation, and a welcome return to greenery after a long ski season. 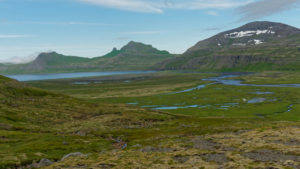 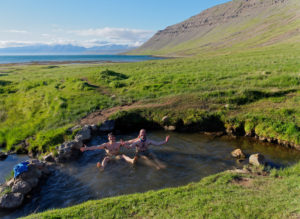 The most beautiful hot water spring in Iceland ?

After Finnmark, KAMAK sailed to the Svalbarg archipelago in the Arctic Ocean. Situated north of mainland Europe, it is midway between continental Norway and the North Pole, at extreme latitudes between 77° and 80°N. The largest island is Spitzbergen. The first two expeditions sailed and skied the northern part of the archipelago, climbing virgin peaks in excellent snow and weather conditions. We saw no other tracks apart from ours… and the polar bear’s! The third expeditions explored the South, namely the Hornsund region, a fantastic playing field neglected by the majority of the ski-mountaineering expeditions. 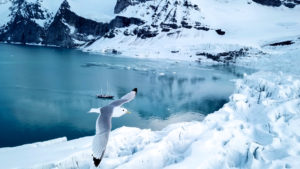 KAMAK has just completed two trips in Finnmark, the most nortward part of Norway. Weather and snow conditions were sometimes tricky, but in such a vast and wild playing field, both teams were able to reach amazing summits, far from the crowds, off the beaten tracks!

More pics on the Gallery!

It was an amazing week! We climbed one great summit, the Slogen (1564 m) which dominates the Hjørundfjorden and did some beautiful ski touring in those wonderful landscapes. The weather could have been better but the boat is very spacious and comfortable and it’s a pleasure being on board. The food was quite incredible too. 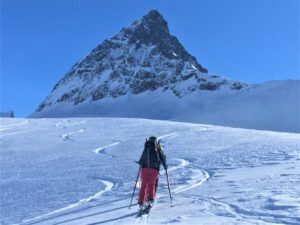 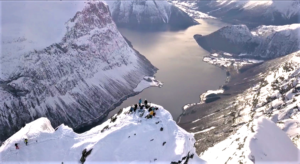 Do watch the vidéos to get an idea.

Can’t wait to go back!

After a few weeks in the dry dock, KAMAK has been relaunched and is back at its berth, quai Rohan at Lorient!

KAMAK is now in the shipyard in Lorient to get ready to her first season in the Far North! A special thanks to all the craftsmen on board, and to the young Navy Commandos who came to give a (strong) hand! 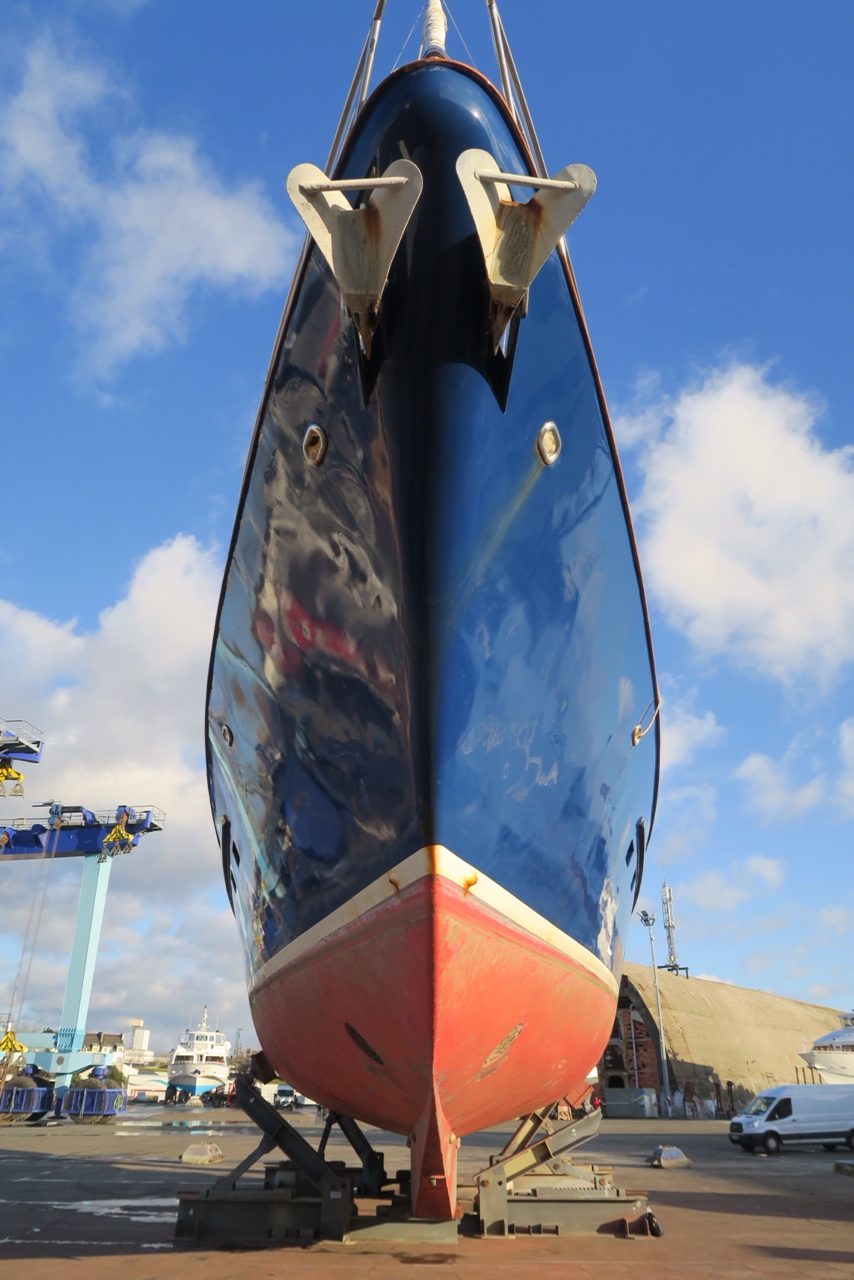 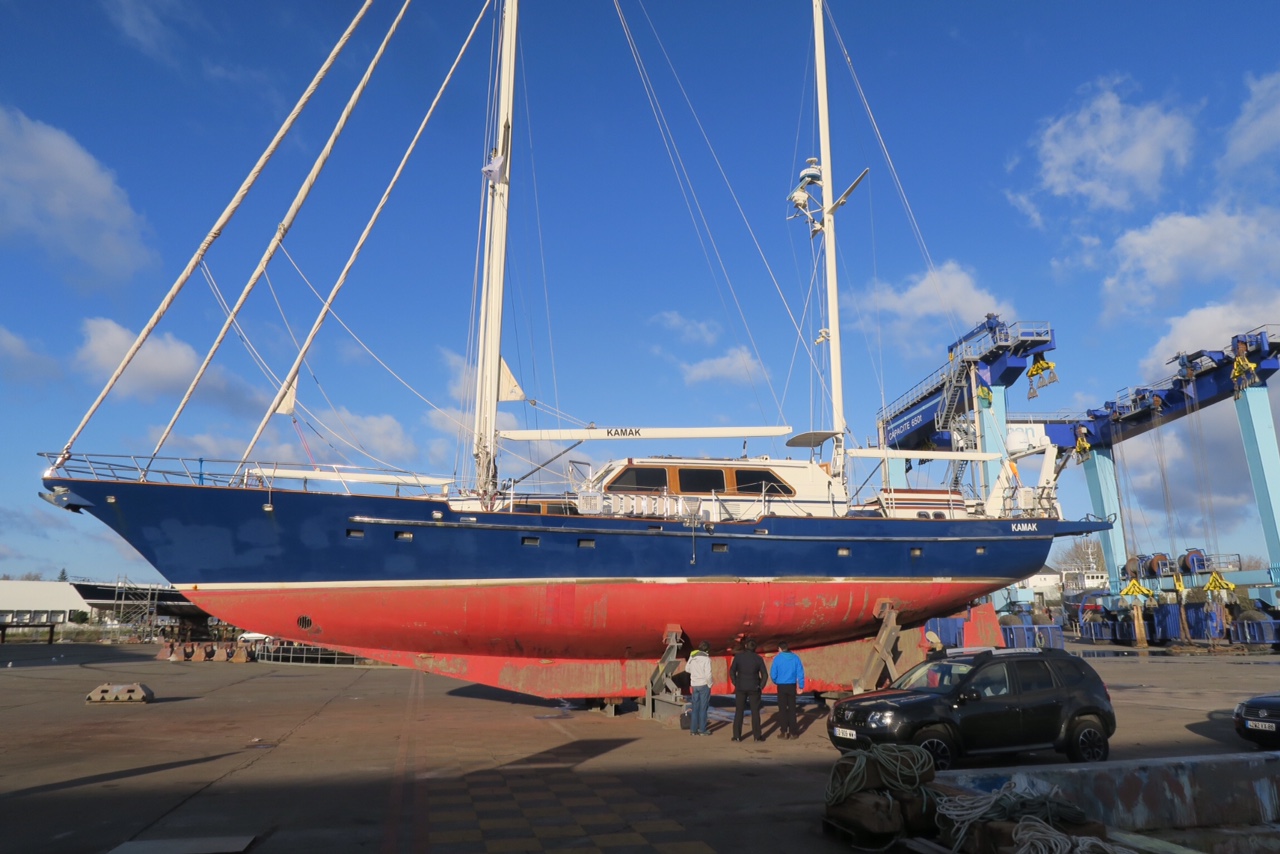 KAMAK’s project team met this Monday 4 December in Chamonix to prepare the upcoming 2018 season. Hard but joyful work at the feet of the mont Blanc, in a truly Arctic atmosphere!

2017, November 19: KAMAK inauguration in Caen: the adventure is just beginning! 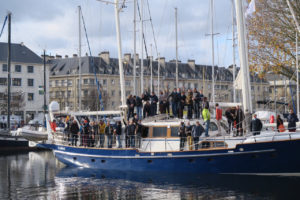 Many shareholders came to admire their new ship in Caen, Normandy, along with many curious onlookers.

2017, October 20: KAMAK leaves Almeria to sail to her new life in France

Farewell Victoria Estefania, long live KAMAK! The ship left Almeria, its former home port, towards Caen, where the project team and the public will be able to admire her before she is transformed into a genuine polar exploration sailboat.